Money and wealth — Society in a deflationary world

How money shapes a society, and why the limited supply of BitCoins is far worse than neoliberalism.

Is BitCoin's price a bubble? Who could have that strange idea?

Mammals like to gamble. The reason for why gambling is so rewarding has been found by B. F. Skinner. Erratic, random reward reinforces behavior better than constant, predictable. Humans don't show any more meta-insights than mice in this respect.

The pattern of gambling with speculation objects are remarkable similar. Even smart persons like Isaac Newton lost a fortune in bursting bubbles. The madness of humans however can be calculated, though certainly not to the finest details. The BitCoin chart however looks like a classic: 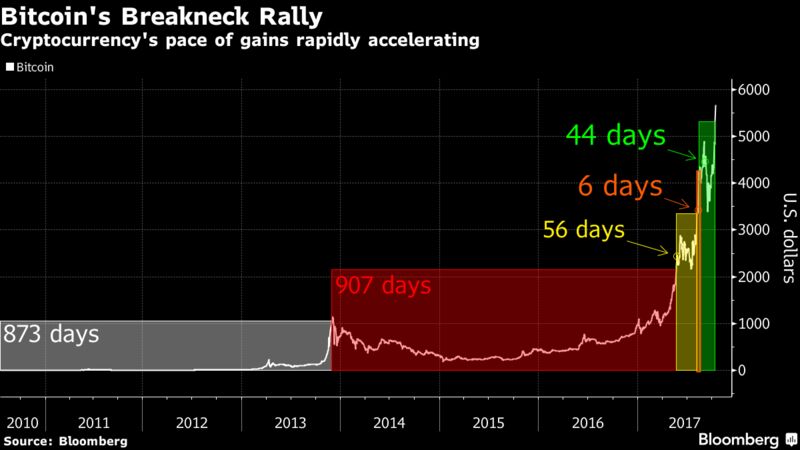 Speculation bubbles don't mean the money disappears. The money is still there, it's just owned by someone else now; only if you include the market cap of the speculation object, it disappeared. Despite that the total amount of money is constant through a speculation bubble, they have a deep impact on economy.

That's because those who entered the bubble early and sold at the right time got the money, and those who entered late lost. The tragedy is that the early ones are smart and rare, and the late ones are stupid and many. And that means a huge concentration in money, and especially a loss for those who didn't really have that money, causing them to default, and sink into poverty. Speculation inevitably is a move from the crowd to the few who behaved differently, not necessarily smart; a counter-action to the crowd can improve your chances of winning. You shouldn't go to “buy high, sell low”, though.

But let's assume BitCoin is not a bubble going bust, but it's supposed to last (all 21 millions), and used as currency for everything by everybody. That means the price per coin would soar until the total market cap equals the wealth of the entire planet (plus hot air for the first movers). BitCoin's wealth allocation is that of colonization or gold rushs: the first to arrive are the ones who get the by far largest claims.

And that would mean all those people who were there in the early phase would be incredible rich, just by being early. Instead of creating most coins in the last, big growth phase, BitCoin created them in the early phase, where it was essentially worthless and no effort needed to mine the coins.

So maybe that wealth is going to trickle down? Trickle down however doesn't work. Money inherently trickles up. In a deflationary system, there is no decay of money; instead the money of the wealthy becomes more and more just on its own. They don't even have to invest it to gain wealth. The result will be an increasingly absurd distribution of wealth, and all the assorted problems: economic power leads to political power, corruption, tax cuts for the rich, slavery-like work relationships, because only the rich can afford hiring people; the poor can't. The instability of deflationary money leads to speculation bubbles, which burst, and this instability moves the money even faster to the first movers, who don't lose anything in the downcycles.

That's not what I think as future I want. Fiat money has its downsides, too; but mostly when the state that controls it is in deep troubles, and fails to create or establish rules that work for the greater good.

Historical societies often had driven most of the population into one or the other form of servitude. Ownership of production means, i.e. land in agricultural societies, factories in industrial societies, and a strict copyright regime in a knowledge society are means to give power to few and exploit the many.

Sometimes, the concentration of power is a natural consequence, e.g. for industrial production, economy of scale results in concentration of wealth and power. Or, in medieval Europe, the choice was either become a knight and serve the king (and that includes the risk of being killed in the next war), or become a serf, and thus being owned by the local knight. Even when servitude was abolished, a similar relation between gentry and tenants were common, and the gentry makes sure that their political influence works to stabilize their properties.

Fiat money requires an intermediary (banks) to distribute the money handed out by the central bank; this gives a lot of power to the banks. Crypto currencies, which don't require banks, could lift that bane, but the way they are constructed now, they just create a new, worse one.

And finally, in the age of information, copyright and concepts like “work for hire” (i.e. the copyright is handed over as part of an employment contract) concentrate the available knowledge in the hand of the few. Since Bill Gates, the super-rich all base their wealth on author's rights of things they actually didn't author.

The (in)stability of spending money

When trade happens in an inflationary system, people buy quick, because money is the hot potato. That by itself increases the amount of money in circulation, because there are more hot potato transactions (money spent per time increases). More demand increases the prices, so the inflation accellerates.

If you don't print new money, the inflation will inevitable stop: The increased prices now match the increased turnaround speed, and inherent delays stop the speed to increase even more. So people will stop spending their money early, and return to normal (and first consume the stocked goods). That causes deflation, so people will rather keep their money, instead of spending it, waiting for the price to go down further. Low demand causes the prices to go lower, indeed. If you don't take out money of the system, the lower circulation speed will find a stable point, too.

We know these periodic oscillations of prices in many parts of the economy, they are a consequence of a badly regulated closed loop system; they tend to oscillate if not properly compensated. If the compensation is very bad, the oscillation is high, and annoying everybody. Big osciallation is shifting wealth from the poor (who can't survive the downturns) to the rich (who can).

To remove such oscillation by proper compensation is just solid engineering. We don't want pork cycles.